Ecomuseum: the 5 main attraction in Sant’Antioco

What you can do in Sant’Antioco during your holidays?
If you have decided to spend your holidays in Sulcis Iglesiente, Sant’Antioco is a must-see for its many and characteristic points of interest. Patronal festival, historical museums, commemorations and archaeological sites for a cultural holiday. This means to fully enjoy your summer.

Sant’Antioco is not a destination known by anyone. It isn’t part of Sardinian nightlife, but this is a strength because it offers an authentic holiday to discover the true Sardinian essence.

In Sant’Antioco, there are a lot of different attractions to satisfy everyone’s tastes. Let’s see the most famous.

The Festival of Saint Antioco Martyr, Patron of Sardinia

The patronal festival in Sant’Antioco, the oldest event of the island, is celebrated twice a year: two weeks after Easter and the 1st August and this is one of the most important and folkloric occurrences in Sardinia.

Normally, it lasts three days and it is dedicated to faith, culture and local traditions. The rite is celebrated in honor of Saint Antioco Martyr, Patron of the town and of the whole Sardinia.

For “Sa Festa” (The Festival) thousands of believers and tourists arrive to celebrate in an atmosphere full of history, culture, folklore and local products tasting.

Between parades and local products expositions, photo exhibitions, parades of horses, Sardinian dances and concerts until the evening, fun is guaranteed.

If you want to know the true Sulcis Iglesiente history, the MAB “The Archaeological Museum Ferruccio Barreca” is the place for you. It has a wide range of evidence from Sant’Antioco island.

In the MAB you can take a step back in time, at the beginning of the 8th century. You can retrace not only the different phases of the urban settlement known by the name of Sulky or Sulci, but also the first traces of prehistoric presence in the island.

The ancient Phoenician-Punic town relives thanks to a scale model and to the materials coming from the excavations.

The itinerary follows a chronological criterion based on the three main parts of the urban settlement since its origins: the residential area, the necropolis and the tophet.

Do you love history? Your sound is absolutely here.

Find out more on the site of Archaeological Museum Ferruccio Barreca.

The Catacombs of Sant’Antioco

The catacombs complex is an important archeological site, among the first evidence of Christianity in Sardinia. It developed from the 3rd century and it represents only example in the whole region.

On the west side of the hill, surmounted by the Savoy Fort of Sant’Antioco, there is the Hypogeous Village. In ancient times, this was the place where the Punic Necropolis of Sulky, dug between the 7th and the 3th century b.C, was located.

The Hypogeous Village is one of the most important Necropolis for its extension, its architectural complexity and the archaeological finds rediscovered in the tombs during the archaeological excavations. Here everything smells like history.

During the Middle Ages the island of Sant’Antioco was attacked and sacked many times by the Arabs. A part of the inhabitants of Sant’Antioco moved to quieter places like Iglesias, whereas the shepherds and farmers desecrated the Punic tombs turning them into their new homes.

The so adapted tombs took the name of “Is gruttas”, meaning “the caves”, and the people living inside them were called “is gruttaius”. This reality marks the history of Sant’Antioco until the ‘60s of the Twentieth century. In the ‘30s, the poorest people of Sant’Antioco, around 700 people, still lived in the caves,  as attested in the doctors’ and engineers’ reports preserved in the historical  archive.

In the mid-1990s, a project of the city administration allowed the construction of new houses and the recovery of the “gruttas” area with the creation of the Hypogeous Village, nowadays one of the most visited sites of the entire historical-archeological tour.

Sant’Antioco resounds with the notes of the Sulky Jazz Festival, such a fantastic atmosphere!

An itinerant music festival, among the most important and engaging of the area, that is usually celebrated during the summer, in special and suggestive locations or in the most beautiful beaches of Sant’Antioco.

Just imagine the sun giving way to the moon, the fresh sand and the wind that, along with the sea waves, leads a relaxing jazz melody away.

Do you want more information about the Sulky Jazz Festival? Download the pdf with the schedule.

If your holiday is more than sea and relaxation, if you like the idea of enriching yourself with culture and local traditions, if authentic folklore is that little bit extra for an unforgettable experience, this is the place you should visit. 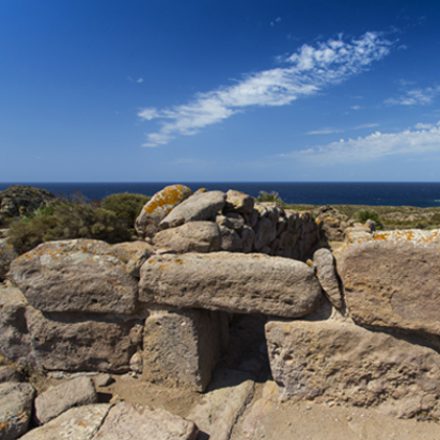